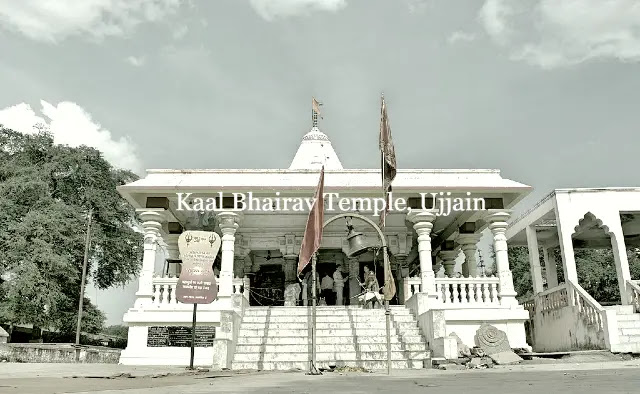 Friends, today we will talk about a temple in India where the idol “drinks alcohol”.

Yes, you heard right, many scientists came and a lot of researches were done. Where does the wine eclipsed by this idol go, but its mystery has not been solved to date and, disturbingly, scientists have accepted that what actually happens here is beyond science.

Hello friends, today we will talk very mysterious. Let’s get started about the Kaal Bhairav ​​temple

All forms of Lord Shiva have a story or significance, but in all forms, the Bhairava incarnation of Lord Shiva is the most bizarre and dangerous and that is why many people fear Lord Bhairava as most people think of it. People perform black magic by worshiping Bhairav Baba but there is nothing like that.

Location:- Kal Bhairav ​​temple is situated on the banks of Shipra river, about 8 kilometers from Ujjain city of Madhya Pradesh.

This temple of Lord Kalabhairav is about 6 thousand years old. There is a Vam Margi Tantric Temple. Prasad like meat liqueur and sacrifices are offered in the temples of Vam Marg. In ancient times, only “Tantrikas” were allowed here because they used to do tantric activities here. Later this temple was opened to the common people.

Till a few years ago, animals were also sacrificed here, but now this practice has been stopped. Kaal Bhairav is a very fiery and Stunning form of Lord Shiva. They are worshiped in all types of puja havan.

Bhairav had also denied the fifth head of Brahma. Let us now talk about the temple secret, which is why this temple is famous all over the world.

Friends, when you go to the shops outside this Kaal Bhairav ​​temple, you will see a small bottle of wine along with flower offerings here.

When you go inside this temple, you will find the inside view very amazing and full of wonder. Devotees go inside the temple in long queues.

After that, when a devotee offers offerings and wines to Bhairav ​​Baba, Panditji sitting near the statue takes out the wine on a small plate and attaches it to the mouth of the idol of Baba, and after seeing it, the whole of the plate is offered The wine disappears in a very surprising way.

Everyone gets shocked after seeing this scene. There is not a single drop of alcohol left on that plate. This cycle goes on continuously. Devotees keep coming one after the other and the idol of Baba continues to drink.

Seeing this amazing scene, everyone wonders where this wine goes, but the devotees who have unwavering faith in Kaal Bhairav Baba have a firm belief that the wine is drunk only by Lord Kaal Bhairava.

The priests of the temple tell that Baba is invited to drink wine here through specific mantras., which he accepts with great pleasure and also fulfills the wishes of his devotees. This process of giving alcohol to Kaal Bhairav ​​Baba has been going on for centuries. No one knows when and how it started.

Related:- Scientists fail to understand the 10 secrets of Jagannath Puri

The people and “pundits” who come here say that they have been making offerings to Baba Bhairav since childhood, which results in them getting happiness. His ancestors also say that it was a temple of a tantric, where after sacrificing, as well as offering liquor to Baba Bhairava, the sacrificial practice has stopped, but the process of offering liquor continues in the same way.

The importance of this temple has also got the approval of the administration. On special occasions, Baba is also offered alcohol from the administration. Friends, there has been a long debate about what is the secret behind the drinking of Kaal Bhairav. Those who have served this temple for generations tell that during the grandfather’s youth, a British officer had conducted a thorough examination of the temple, but nothing was found in his hands.

British officers also excavated the area around the statue, but these secrets remained unresolved even then and are still unresolved.

Friends, you will be surprised to know that even the investigators of this temple became devotees of Kaal Bhairav, since then the wines of the country liquor started being pronounced here which continues till today.

Friends, what do you think about Kaal Bhairav ​​Baba who drinks alcohol. Where does the last liquor go?

If there is any superstition then why not even a drop of alcohol was found after a digging from under the temple. Write us your thoughts about it through the comment box.