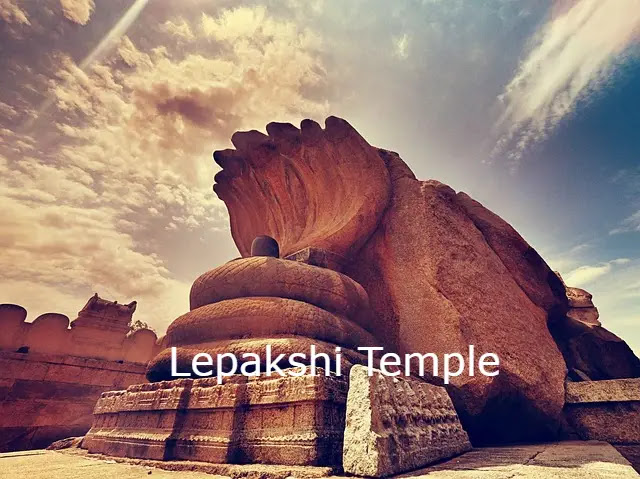 India is a religious country and there are so many temples here that they cannot be counted. Some of them are known for their grandeur and prosperity, while some are due to mystery and antiquity.

Today we are going to tell you about such a temple whose architecture is surprised from engineer to scientist. This temple is known as Lepakshi Temple, whose pillars are hanging in the air.

Lepakshi Temple is also known as Virbhadra Temple in Anantapur, a small district of Andhra Pradesh. This temple is famous worldwide for its craft history and mystery. This temple was built in the 16th century. The temple complex has 3 temples dedicated to Lord Shiva, Lord Vishnu, and Lord Veerabhadra.

Lepakshi temple is famous not only in South India but all over the world. Lepakshi Temple was built by the kings of Vijayanagar. It is said that the mention of the mountain on which this temple is built is also found in the Ramayana.

When Ravana started taking Sita Mata to Lanka, the Jatayu bird stopped Ravana’s path at this place. It is said that this is the place where there was a fierce war between Ravana and Jatayu. Jatayu was badly injured in the battle.

It is said that after Jatayu was injured, Sita Mata came to the ground and left her footprints on her own and assured Jatayu that the water present here would continue to give life to Jatayu until Lord Rama arrived. It is said that this is the place where Jatayu gave complete information about Ravana to Lord Sri Ram.

Related:- Scientists fail to understand the 10 secrets of Jagannath Puri

– Stambheshwar Mahadev Temple in Gujarat: The Secret Behind the ‘Disappearing Temple’

Recognition behind the name Lepakshi

There is a Shivling called Ram Lingeshwar. It was established by Lord Rama himself after the funeral of Jatayu. Apart from this, there is another Shivling here which is known as Hanuman Lingeshwar. It is said that Hanumanji also established a Shivling here. The huge Nag Linga made of stone is also installed on the premises of the Virbhadra temple which is also known as the largest Naga Linga. A Seven Fun Snake is spread over this Shivling.

There is also a self-proclaimed Shivling at this ancient site, which is considered to be the incarnation of Lord Shiva, the form of Ravra. For a long time, this Shivling was under the open sky, then later the temple was constructed here during the Vijayanagara Empire.

It is said about the Lepakshi temple that Virabhadra, the cruel form of Shiva, is also present here. Apart from this, there are Ardhanarishwar, Skeleton idol, and Dakshin Murthy in the form of Lord Shiva. The mother sitting here is called Bhadrakali.

The construction of the Lepakshi temple is said to have been made by the two brothers, Viranna and Virupanna, who worked here at the Raja of Vijayanagar, but according to some beliefs it is believed to have been built by Agastya Rishi.

This temple is dedicated to Veerabhadra where the Goddess is called Bhadrakali. There is also a Sheshnag which was constructed by a craftsman a long time ago. There is a huge Nandi statue in front of the temple, which is said to have been carved out of a single stone, which is said to be 27 feet long and 15 feet high. 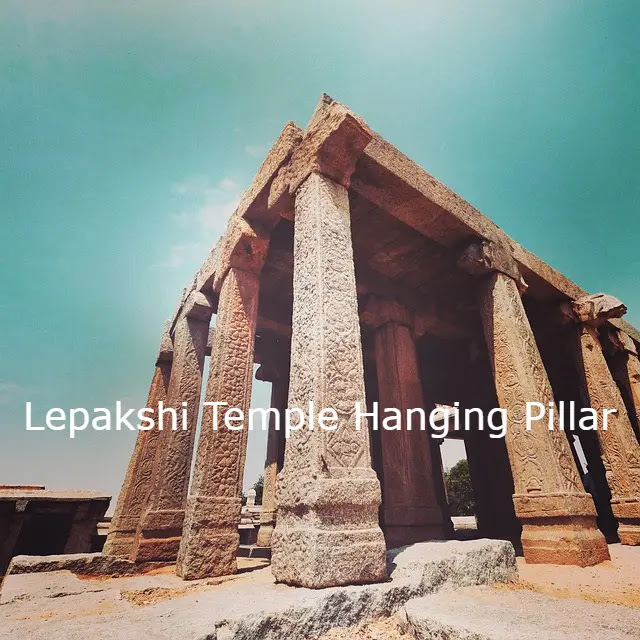 The mystery of Lepakshi Temple

There is a belief among the devotees who come here that by extracting cloth from under this pillar hanging in the air, they get happiness property. Here you can see many people repeating this process.

Lepakshi temple pillar secret No engineer in the world could solve them. It is said that to hide of the Lepakshi temple secrets, British engineers tried very hard to move the pillar to separate it from the ground. But that pillar kept swinging in the air as before. The engineer tried a lot but he failed.

There is also a dance pavilion that is seen connecting Lord Shiva and Parvati. According to the belief, Shiva and Mata Parvati were married at this place, so the kings of Vijayanagar got a marriage pavilion built here.

This marriage pavilion has been constructed in such a way that the Gods and Goddess are dancing here. There is a lotus here that has unique gravity due to which it has become a subject of research for scientists. The craftsmanship and design of the Lepakshi Temple are truly magnificent.

The sculptures here have been carved in such a way that it seems as if everything is alive. The secret of the pillar hanging in the air is amazing in itself. Perhaps this is why this temple also attracts science. How did you like the article, tell us in the comment box, and if you liked the article, share it.