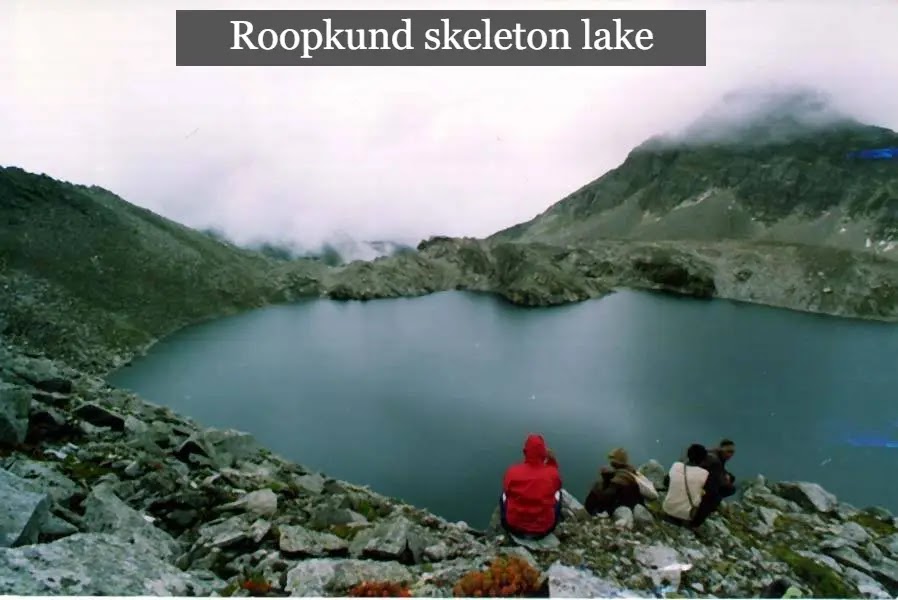 A lake that is mysterious, A lake around which an unknown story revolves. We are talking about Roopkund skeleton lake situated at an altitude of about 5,029 meters (16,500ft) on the Himalayas in Uttarakhand, when the snow melts here every year, the view that is seen is astonishing. The male skeleton is present here and due to these skeletons, this lake is very famous and is called Skeleton Lake.

What is the secret behind the skeletons found on the banks of Roopkund lake and where did so many skeletons come from. Eventually, this was known. However, there are many types of things to be heard about this and there are many opinions.

Roopkund Lake is situated in the shade of huge snow peaks like Nandaghungti and Trishul on the famous Nanda Devi Rajjat ​​road situated on the marginal Dewal development block of Chamoli district of Uttarakhand.

This lake, 12 meters long, 10 meters wide, and more than 2 meters deep, is covered with snow for about 6 months in a year. The Roop Ganga stream also erupts from this lake.

The biggest feature of the lake is the mysterious ancient skeletons found around it, various tools, clothes, jewelry, utensils, slippers, etc. That is why it has been named the mysterious lake.

Let us tell you that devotees come here from far and wide to participate in the Nanda Devi Raj Jat ​​Yatra, which is held once in 12 years in Roopkund. Goddess Nanda is worshiped during this time. 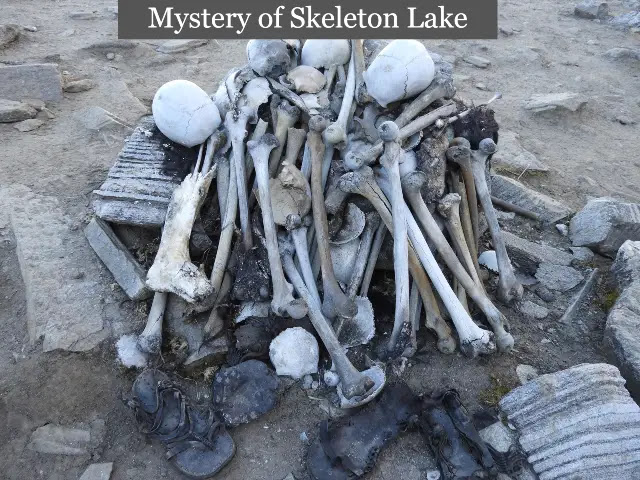 Some say that these skeletons belong to the soldiers of a king’s army, while some connect their strings with the era of Alexander, but the truth is still in the lap of the future.

Some scientists who uncovered the mystery of Skeleton Lake, say that about 200 skeletons found near the frozen lake belong to the 9th-century Indian tribals who died in the hail storm.

The skeleton of Roopkund was first discovered in the year 1942 by Harikrishna Madhwal, the game ranger of Nanda Devi Reserve. Madhawal came here in search of rare flowers.

During this, he inadvertently collided with something inside the lake. When Madhwal saw it, it was a skeleton. A heap of hellfire was also found in the foothills around the lake. Seeing this, Ranger Madhwal’s companions felt as if they had come to another world. The laborers walking with them ran away on seeing this scene.

After this, the period of scientific study started. In 1950, some American scientists took the male skeleton with them. So far, teams of many curious experts have also made a historical visit to this mysterious area.

A team of geologists and experts also came here and conducted the tests. These male skeletons were initially believed to belong to Japanese soldiers passing this route during World War II.

But now according to scientists, these skeletons belong to the devotees and local people who came here in 850 AD.

Research has also revealed that skeletons mainly belong to two groups. Some of these skeletons belong to members of the same family While the second group is of people of relatively short stature.

Researchers say those people died not from a weapon injury but from a head fracture caused by a deadly storm. After studying the fractures of the accused, it was found that big hail-like cricket balls had fallen on the people who died.

Earlier it was said that these skulls belonged to General Zorawar Singh of Kashmir and his men who were returning from the war of Tibet in 1841 and were hit by bad weather.

It was also said that these people might have been infected by an infectious disease or some ritual of suicide was performed near the lake.

So this was the secret behind the skeletons found on the banks of Roopkund lake, many things are being heard about this and there are many opinions. Now tell us what you have to say about Roopkund by commenting.