Biodiversity refers to the diversity of all the organisms found on Earth, that is, the number and types of flora and fauna found in a certain geographical area are called biodiversity.

Crops are sown on 44% of the land area in India as compared to 11% of the world. Trees and forests are spread over 23.39% of India’s landmass. Out of 34 identified places around the world, India works to maintain biodiversity.

Preservation of biodiversity is one of the important issues of the environment today. The world’s biodiversity is challenged for many reasons. There is a great challenge to the promotion and protection of biodiversity at the level of nations, government agencies, and organizations and at the individual level. At the same time, we also have to meet the needs of people with natural resources. May 22 is celebrated worldwide as International Biodiversity Day.

The “Biodiversity Act 2002” is a federal law passed by the Parliament for the conservation of biodiversity in India which provides a mechanism for equitable distribution of benefits arising from the use of traditional biological resources and knowledge.

The National Biodiversity Authority (NBA) was established in 2003 to implement the Biodiversity Act 2002. NBA is a constitutional autonomous body. It plays the role of advisor and regulator for the Government of India on issues such as fairness and equal sharing of benefits for biological resources as well as their sustainable use. 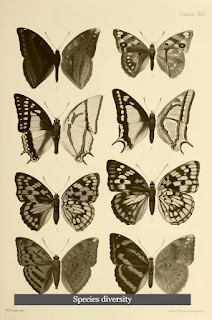 In forest biodiversity, all organisms found in forest areas are animals that play an ecological role in the environment. Genetic diversity includes the genetic design and characteristics of a species. Species diversity is the effective number of different species as reflected in its database.

Species diversity has two elements, one is species richness and the other is a homogeneity of species. Ecological diversity refers to many different types of habitats, while agricultural biodiversity includes soils, fauna, insects, predators and all kinds of native plants and animals, and all relevant life related to agriculture.

Biosphere and biodiversity reserves in India

The Government of India has established 18 biosphere reserves across the country that protect the natural terrain of fauna and often preserve one or more national parks and sanctuaries with buffer zones established for economic uses.

A biodiversity hotspot is a biological geographic area that humans are at risk of. There are 25 such centers of attraction around the world. These centers conserve 60% of the world’s plants, birds, mammals, reptiles, and amphibians. Each hotspot is undergoing danger today and has lost 70% of its original natural vegetation.

The International Trade Conference on Endangered Species of Wildlife and Flora (CITES) was signed on March 3, 1973, in Washington DC. In August 2000, 152 countries were members of this conference. CITES aims to ban international trade of wildlife.

The International Food Treaty on Plant Genetic Resources for Food and Agriculture was signed in Rome in November 2001 which was adopted to create a legally binding framework for the conservation and sustainable use of all plant genetic resources for agriculture.

The United Nations Convention on Biological Diversity (CBD) 1992 is a multi-party treaty. The treaty primarily has three goals, such as conservation of biological diversity, continuous use of its components and benefits from them, including fair and equitable distribution.

India has a unique biosphere-protected place for the conservation and development of biodiversity. It is located in the city of Jaisalmer in the state of Rajasthan in western India. It is spread over an area of ​​3162 square kilometers. One of the largest national parks, Desert National Park is a classic example of the Thar Desert ecosystem. 20% of the park is decorated with sand dunes.

A habitat corridor is an area of ​​habitat for connecting wildlife populations separated by human activities such as wildlife corridors or road development such as green corridors. This allows for the exchange of individuals between populations that may help prevent the negative effects of reproduction and low genetic diversity that often occur within isolated populations.

Lakes are complex ecological systems and a wide range of inland coastal and marine habitats involved. These include floodplains, marshes, fish ponds, tidal marshes, natural and man-made lakes. At the 1971 Conference on Lakes in Ramsar Iran, an international treaty was signed which provides the framework for national work and international cooperation for the conservation and proper utilization of lakes and their resources from lakes.

Biodiversity is a rich source of substances with therapeutic properties. Many important medicines are produced in the form of plant-based substances whose usefulness is invaluable to human health. This plant-based substance such as wood, oil, lubricants, food flavors, industrial enzymes, cosmetics, perfumes, dyes, paper, wax, rubber, and poisons, are all derived from plants of various species.

Biodiversity is a source of economical wealth for many areas such as many parks and forests where wild nature and animals have been the source of beauty and pleasure there which attracts many tourists. Outside the home, especially eco-tourism is a growing recreational activity.

Biodiversity has great spiritual value as a result of the beauty award, which includes eco-tourism, bird watching, wildlife, pet-keeping, gardening, etc. Biodiversity is also essential for the maintenance and sustainable use of goods and services from individual species along with ecosystems.

These services include maintenance of gaseous structures of the environment, climate control by forests and marine systems, natural pest control, pollination of plants by insects and birds, formation and protection of soil. Now you know about biodiversity conservation and many things related to it.