Hello friends and welcome to our “Worldwidewebtimes” blog. Today we will learn about the mystery and history of the Adi Kailash mountain located in the Tibet border of the state of Uttarakhand. 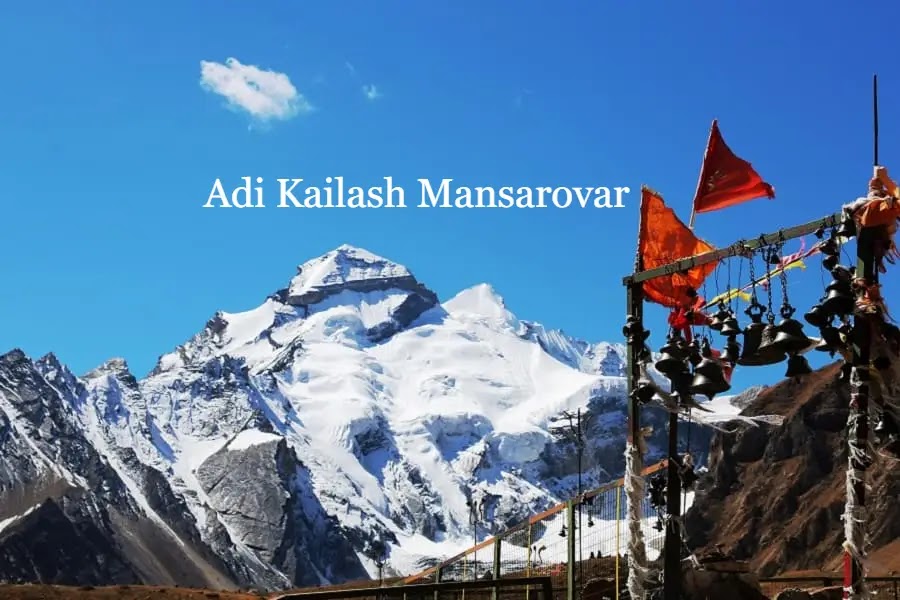 Every person experiences immense peace by coming here. Here too, like Kailash Mansarovar, there is a mountain lake in the foothills of Adi Kailash, which is called Mansarovar. The image of Kailash is formed in this lake. There is also a temple of Shiva and Parvati on the banks of the lake.

Sadhus ascetics have been visiting this place of pilgrimage since ancient times, but the general public came to know about it after the Chinese occupation of Tibet. Earlier, travelers used to travel to Shri Kailash Mansarovar.

The entire distance of this journey is about 38 km from one side which is extremely inaccessible. This travel is organized by the Kumaon Mandal Development Corporation from June to September every year. During this entire journey, devotees have a very beautiful appearance in nature. This shrine is a supernatural abode of Lord Shankar where Lord Shiva is interviewed by the Satyam, Shivam, Sundaram tip.

According to the Puranas, the importance of this place was the main stop of Shiva’s marriage, which originated from Adi Kailash Kailash Mansarovar. Kailash is like Manasarovar, which is also described in the Manas section of Skanda Purana.

The crown Himalaya of India is a storehouse of its stunning beauty and mystical creations. Greenery is spread in all four directions and rolling waterfalls, birds, and shining Himalayan mountain ranges are found in the nature-filled Himalayas, which is a favorite site of Shiva. Lord Shiva and Goddess Parvati reside here. The form of which has been confirmed in all the scriptures and Vedas.

On the way to Adi Kailash, you can see these places

During the Adi Kailash Yatra, there is a visit to Om Parvat. Om is naturally inscribed in eight mountains on earth, of which only one has been discovered and that is Om Parvat. Snow falls on this mountain in such a way that when looking at it, it seems as if someone himself had written Om with his own hand.

To visit Om Parvat, pilgrims from Adi Kailash must first reach Gunji. From here they return after visiting Om Parvat and head back towards Adi Kailash’s journey. Many of the Himalayan instructors have clowns during this trip to those mountains. Friends, I hope you liked this information from Adi Kailash and that you too will definitely think about going there at least once in your life.

It is situated at a distance of 160 km from the famous town of Almora in the Kumaon division of Uttarakhand through Sheraghat, the border town of Gangolihat, nestled between the mountainous plains. Outside of which a Shankar temple is installed inside a large cave.

Kachi Dham Temple is 37 km from Kathgodam Train Station. This magnificent temple is dedicated to Lord Hanuman. Kaichi Dham Temple is also known as Baba Sarvajna Neeb Karoli. The glory of this Dham established in 1942 is famous throughout the world.

Jageshwar Dham was built in the 8th century. It is a group of 124 temples, most of which are dedicated to Mahadev. Among these, Maheshwar, Kedarnath, Baleshwar, Mahamrityunjaya, Surya and Navagraha stand out. Here Adiguru Shankaracharya did penance.

Uttarakhand is also known as Dev Bhoomi, as many deities reside in Uttarakhand. ; Chitai Golu Devta, also known as Our Lord, is located on the Pithoragarh Highway, 8 km from Almora, the district headquarters, Golu Devta, known as the God of Justice, also known as Chitai Grewal. A few steps down the road there is a large Golu Devta temple on a high peak. The temple has a statue of Golu Devta with horseback riding and bow-arrow.

Almora is a district of the Kumaon division of Uttarakhand, located in the city of Almora. Almora is a mountainous district, formed in the shape of a horse’s hoof. The area of ​​the Almora district is 3,082 square kilometers. According to a legend, Kaushika Devi of Almora is said to have killed the demons Shumbha and Nishumbha in this region. Almora was ruled by the Chand empire first and then by the Katyuri dynasty.

The mystery behind the Hanging Pillar of Lepakshi Temple.