aFriends, we will give you information about a temple in India, where you will be shivering to see the inside. It is common for people to cry, yell and kill.

Here Virajit Hanumanji’s idol has a hole in the chest from where continuous water comes out. Where this water comes from has not been known to date. Today you will know about India’s most mysterious Mehandipur Balaji temple, whoever saw it was stunning. Even the science world could not understand how miracles happen in this temple. 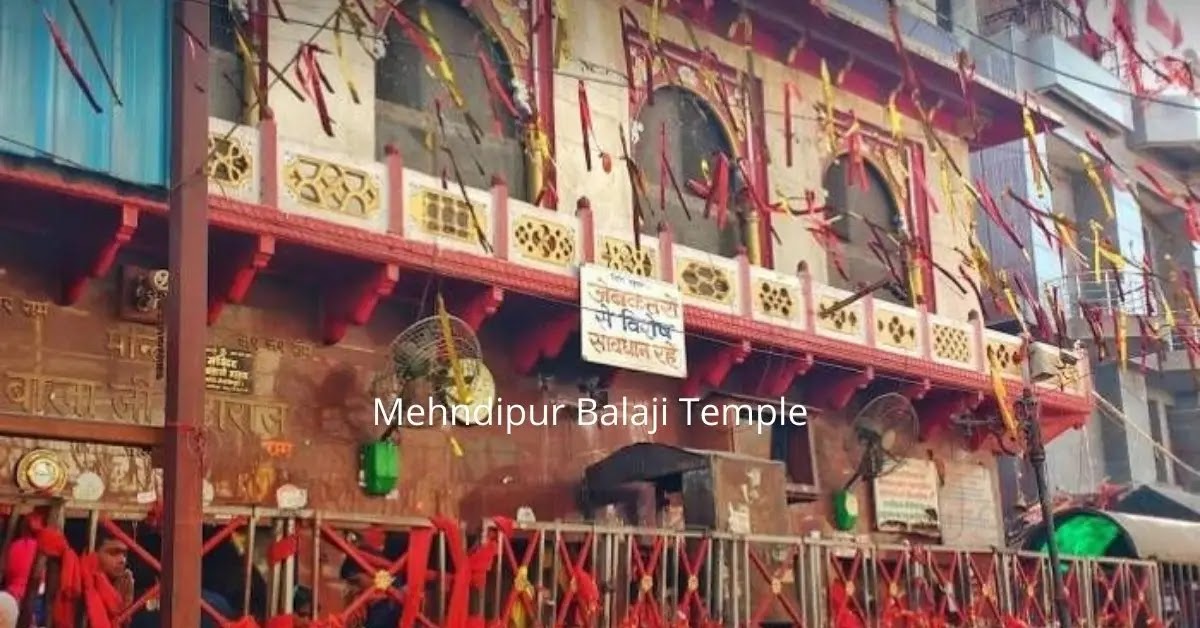 There is a very famous temple of Balaji in Mehandipur town located in Dausa district on the border of Jaipur in Rajasthan, called Shri Mehandipur Balaji Temple, where atheists also become believers after seeing the miracles of Balaji. A temple of Balaji is built between the two hills, which is also called the Balaji of the valley.

In this temple, Hanumanji is seated in the form of force, which itself is made of hill stones. The rest of the temple has been constructed on the lines of this idol. Apart from the Valley Baba Ji, here haunt the sufferings of the devotees named Phantaraj Sarkar and Bhairav. A sad and afflicted person has to make offerings to the three gods by reaching the temple.

Balaji is offered Laddoos, Phantaraj Sarkar with rice, and Kotwal captain Urad. Out of this prasad, two laddus are fed to the patient and the remaining prasad is put into animal birds. So let’s know about 8 secrets related to Mehandipur Balaji

:- Scientists fail to understand the 10 secrets of Jagannath Puri

1. These temples are located in the valley between two hills because it is called Ghata Mehandipur. Here the figure of Hanumanji emerged in a huge rock on its own. Keeping this in mind, the temple was built here later. The idol of this temple is about a thousand years old but this temple was built in the 20th century.

2. It is said that many years ago, Hanumanji and Phantaraja appeared on the Aravalli mountain. People used to come here to get rid of diseases suffering from evil spirits and black magic. This temple is considered the only way to get rid of these sufferings. The temple pundits tell many remedies to get rid of these diseases. Such people return here healthy without medicine and without the tantra mantra.

3. According to mythology, the deity of this temple has divine power through which humans are freed from evil spirits. It is also said that Shri Balaji Maharaj fixes the unfavorable planetary directions of his devotees. With this, Lord Shri Balaji not only loses the distress of his devotees but also grants them Riddhi and Siddhi.

4. This temple is built in a place wherein ancient times there used to be a very violent forest. According to the stories, the idol of Lord Balaji and Shri Phantaraj Sarkar appeared here on the hills of Aravalli, about a thousand years ago.

It is said that a Mahanta had a dream in which Shri Balaji Maharaj indicated three deities and a grand temple. He was also heard with a divine voice in which Shree Balaji Hanuman ji ordered him to do his service. After this, he did intense meditation after which Lord Balaji appeared to him and showed him the place in the forest where the temple of the three gods was. It was here that those Mahants started worshiping.

5. It is said that during the Muslim rule some emperors tried to destroy this idol but each time these emperors failed. He had to give up this effort after losing tired

6. There is a small hole in the chest of Lord Hanuman sitting here, through which a continuous stream of water flows. This water keeps collecting in a pool situated under the feet of Balaji, which the devotees take with them in the form of Charanamrita.

7. As soon as Prasad’s ladoos are eaten, the patient starts to move. Ghosts and ghosts start shouting as soon as they enter his body. Sometimes he turns his head and sometimes starts rolling on the ground. What the aggrieved people do on their own here is not possible for a normal man. After this kind of process, he comes to the shelter of Balaji. Then he gets rid of such troubles forever.

Many serious patients are tied to iron chains and brought to the temple. On seeing the victim who comes here, the soul of ordinary people is shaken. These people shout in front of the temple and tell about the evil spirits sitting inside them, about whom they have no connection far and wide. Balaji relieves the people from the upper barriers. Such people return here healthy without medicine and tantra mantra.

8. Medical science and researchers do not consider methods to treat such diseases and call it superstition. But for those who worship Balaji, spiritualism is beyond comprehension.

Friends, you will be surprised to know that once you exit this temple, you should not turn back and look back. This is done because if any ghosts are behind the ghost spirit then they will not follow you.

Friends, it is also said that if you have asked for a vow and it has been fulfilled, then after that one must visit the temple. Friends, how about Mehandipur Balaji? The incidents that have happened here, is it a divine miracle or just a superstition. We must write all our thoughts through the comment box.