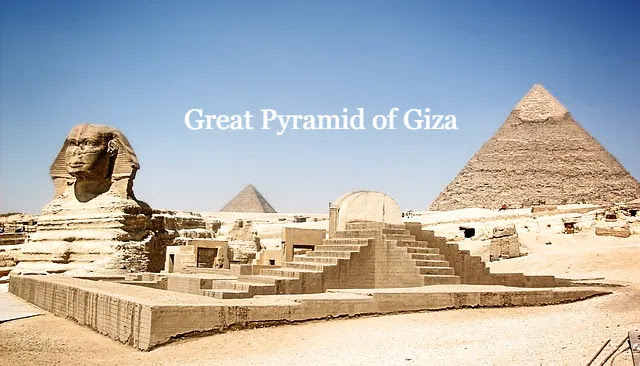 There is an old Arabic saying: Man is afraid of time and time is afraid of pyramids. Only then, more than four and a half thousand years have passed, but the Great Pyramid of Giza is facing the test of time as it stands. Even after such a long time, nothing has spoiled it.

This magnificent pyramid is also known as the “Pyramid of Khufu” and many refer to it as the “Pyramid of Cheops”. Only one of the “Great Seven Wonders of the World” survives of the Great Pyramid of Giza. Where the rest of the six ancient wonders disappeared.

Secrets of the Great Pyramid of Giza

Is this a coincidence or did the ancient Egyptians deliberately create it? The Great Pyramid is designed keeping in mind the star constellation present in space. If you look at the 4 corners of the Great Pyramid, then they represent the 4 stars in space and they are stars. The Taurus Sign Leo, Scorpio, and the Aquarius Great Pyramid are built on two right axes.

If you take a map of the world and find out the center of the earth in it, then what place will it be. Is it a coincidence or thoughtful planning? I do not know but the center of meaning is where the Great Pyramid of Giza is built.

Now it is a matter of thinking that we have come to know only a few centuries ago that before the Earth was round, it was believed that the Earth is flat, so how did the ancient Egyptians know that the center of the Earth. 4.5 thousand years ago, technology was very advanced, or was it the hand of some outside civilization.

The coincidences of the Great Pyramid do not end here. The pyramid is designed in such a way that it represents all 4 directions and one end of it aligns to the North Pole. Although there is a slight error in it, it is also due to the movement of tectonic plates of the earth in 4.5 thousand years. After all, how did they have such precise knowledge of directions?

In 1989 a theory was published called “Orinko relations theory”. There is an Orion belt in the sky which has three stars named Alnitak, Alnilam, and Mintaka. These Pyramids of Giza align these three stars in the “Orian belt” and it is really a great mystery that these Pyramid like this Why it was made Was any other civilization involved in this too?

Osiris was a god of the ancient Egyptians, the Egyptians believed that Osiris was the god of birth and death who gave birth to the soul again after death. According to the Egyptians, these stars on the Orion’s Belt are home to their god Osiris. Well, whatever it may not seem like, coincidence.

It seems that these pyramids were built according to a well-thought-out plan because all the pyramids present on the whole earth were built in the same time period.

Now how is it possible that at that time they neither had any means of traveling nor did they have any technology that would enable them to talk to the civilizations present on the other side of the earth? But still, there are pyramids built in a shape on the earth, which were built in the same time period.

Why were the Pyramids Built?

Are these mausoleums of Egyptian kings. Were they structured food items at that time? Were they part of any science experiment at that time? Was it some kind of powerhouse? There are many such questions but none are the exact answers.

But according to a common belief, ancient Egypt did not have the practice of burning dead humans. There it was a custom to put dead bodies in a tomb by offering it as a mummy. Because of that coating, they could be safe for thousands of years.

In fact, the ancient Egyptians used to do this because they believed that human life continues even after death. For this reason, along with their dead bodies, they used to keep food items, clothes, jewelry, weapons, animals, all the things which are necessary for living.

It is believed that the Egyptian pyramids are the tombs of the ancient kings of Egypt with mummies buried in them and the great pyramid is the tomb of the Egyptian king Khufu.

This proves that the pyramid is not a mausoleum but it is something else and there was some other sole purpose behind constructing them, as the question has been asked as to why the pyramid was built.

How were the Pyramids Built?

We still do not have the answer to the question of how the pyramid was built because the grand pyramid was built at a time when neither wheel was invented so that heavy stones would be able to easily move from one place to another. . Nor could any metal like the iron be discovered at that time, with the tools made of which they could cut large stones.

So you can guess how heavy the Great Pyramid is. Let me tell you that before the Eiffel Tower was built, the Great Pyramid was the tallest building in the world built by humans. This pyramid is 450 feet high and its base is spread over 13 acres. For your comparison, its base is spread over as many as 16 football fields. More than 2.3 million limestones have been used in it, which weighs from 2700 kg to 80 thousand kg.

Now the question is how such heavy stones were lifted without a crane. According to popular belief, the construction of the Great Pyramid was completed in 20 years, and heavy stones were pulled from the mountains with wood and rope.

But if the pyramid was built in such a way, then they had only two and a half minutes in which it is believed that in cutting a stone from the mountain to bring it from there to the desert and to carve that stone and put it, at such a height The stones in the pyramid were brought from five hundred miles away. It takes a lot of science fiction to think that in just two and a half minutes, the work of cutting and lifting such a heavy stone was done. Then 2.3 million stones would have been mounted on it in 20 years.

It is impossible to do this without any advanced technology. Either their technology was more advanced than us or the intelligent civilization of another planet was behind them. Well, whatever they have, there was definitely some technique that is hidden from us today.

The Great Pyramid of Giza is a testimony to unmatched engineering. Its inclined triangular walls make an angle of 52 ° from the ground. Its rooms were built so efficiently that there was no way to get inside the pyramid. Tunnels have been built from place to place in the pyramid, but no one knows why these tunnels are built.

When a remote control camera was sent to the Queen’s Chamber in 2011, he noticed that the path in front was closed, but the stone in front had such a pin pinned on it. Scientists felt that there might be another chamber behind it when they made a small hole in the stone from which a small robot was sent, the camera in the robot took a photo.

But after that, the camera stopped working and further exploration remained incomplete. Since then, the governments there do not allow anyone for exploration. The government there seems to think that if the pyramid kink is resolved, then the tourist will reduce there.

But it is certain that there are many secrets in the Great Pyramid that are still hidden from us. Maybe next time they come to explore us. 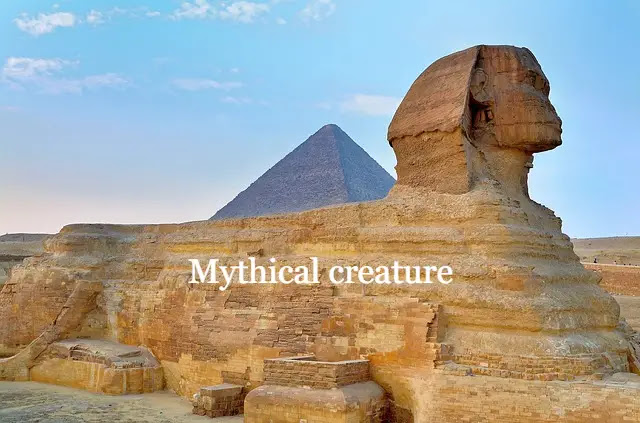 Facts about the Great Pyramid of Giza

1. Great Pyramid is anti-earthquake. Meaning, it has been designed in such a way that it can withstand the tremors of strong earthquakes and it has been experiencing strong seismic vibrations for 4.5 thousand years.

3. The Great Pyramid alone is not mysterious, but the mythical creature created by him holds many mysteries. If there is any biggest statue in history, then it is that which is 73.5 meters long and it is 20 meters high.

4. The mythical creature is carved out of the same big stone, not from different stones like the Pyramid. Actually, this statue was buried in the sand for thousands of years due to the pyramid being in the desert area. Only its upper end was visible on the ground

5. In 1900, sand was removed from the mythical creature around and its entire shape appeared to the people. In 1995, when this statue was being renovated, the workers discovered the tunnel under it, which was going directly below it.

6. You will be surprised to know that there is a natural AC inside the Great Pyramid. inside the pyramid, the temperature remains at 20 ° C for twelve months of the year. As we know, the Pyramid of Giza is built in the desert region where there is scorching heat but still, the temperature inside it remains control.

7. At the end of the 12th century, the Egyptian Sultan al-Aziz tried to break the pyramid of Giza. Now Sultani should explain why she wanted to do this. But, for eight consecutive months, workers in China tried to break the pyramid. They had caused a lot of damage to this pyramid in eight months, they could barely take out one or two stones in a day. Finally, 8 months later, al-Aziz changed his mind and stopped demolishing the pyramid.

8. Well, it was good that Al-Aziz changed his decision. Otherwise, he would have lost his whole life but still, he was not going to break with Pyramid. However, his effort made this big pit on the Pyramid of Menkaure.

It looks like a modern light bulb. So of course there was electricity in ancient Egypt which came from a large power plant pyramid. Was the pyramid built to create electricity?

Erich von Daniken wrote a book called “Chariots of the Gods”. In this book, Erich von Däniken gave a different theory. According to Eric, Pyramid was created not by humans but by extraterrestrial beings from other constellations.

Aliens built these Pyramids from their modern machines, using their advanced technology in view of perfect geography and geometry. As a matter of fact, there were laboratories to carry out scientific testing of such heavy pyramids, aliens. In which he used to do his scientific tests.

But we hope that in the future we will sort out all these clues. What are your thoughts about friends Pyramid? Please state in the comment box. If you liked this article, please share it.