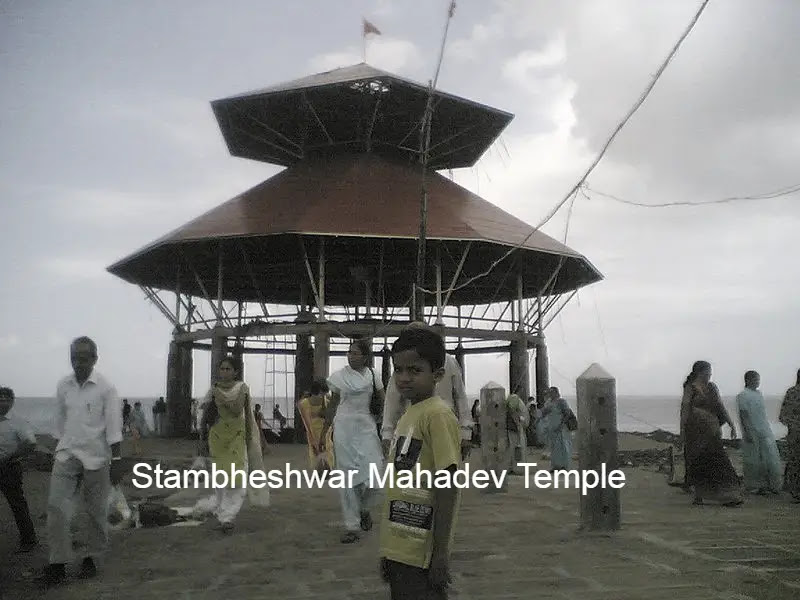 Gods and Goddesses are worshiped in our country and their existence has been there for centuries. All the big temples in India have some special features. Today we will tell you about one such temple which is very special in itself, so what is the story of this temple. Let’s know

There are many Siddha temples in our country since ancient times such as Vaishnodevi, Kedarnath, Badrinath. In which people have immense faith and people come from far away to visit them. You know all these temples well, but Have you heard of any temple that sinks in the sea twice a day?

Stambheshwar Mahadev Temple is such a unique temple that after knowing you will definitely want to go there. Perhaps you are not sure, this temple which disappears automatically in the strong waves of the sea and comes out again after some time.

This form of Lord Shiva is known as Stambheshwar Mahadev Temple in Gujarat.

Kavi Kamboi is 75 km from Vadodara city. This temple of Lord Shiva was discovered about 200 years ago. Shivalinga darshan in this temple is only once a day.

The rest of the time this temple remains submerged in the sea. Tidal ebb occurs twice a day on the beach. Due to tide ebb, water reaches inside the temple. In this way, the water of the sea returns twice a day by watering the Shivalinga. It happens every morning and evening.

The Shivling is completely submerged during the tide. At that time no one is allowed to go there. Especially the slips are distributed to the devotees who come here for darshan, in which the time of tide ebb is written so that no one remains in the temple at that time.

Related:- Analysis of the Mysterious Last Door of the Padmanabhaswamy Temple

The mention of this temple is found in the eleventh chapter of the Rudra Samhita in Shivpuran which is proof of the ancient existence of this Shivdham. The construction of this temple is described in great detail in the Skanda Purana. According to the legend, the Tarakasura demon delighted Shiva with his harsh penance and sought the boon of immortality.

On denying this boon, Tarakasura asked for another boon that only Shiva’s son could kill him and that too at the age of 6 days. As soon as the boon was received, Tarakasura started making an uproar in the three worlds. All the gods and sages Muni, troubled by his terror, reached the refuge of Mahadev when Kartiki was born from the back of the white mountain and killed Tarkasura.

When Lord Kartikeya came to know that his father from Tarkasur was a devotee of Bholenath, she was filled with guilt. On this, Lord Vishnu told him a way to establish Shivalinga here and pray for forgiveness daily. In this way, this Shivling was established here.

Since then this shrine. Says the columnist. This temple was built in Kamboj, Gujarat. It is built in the Arabian Sea, but when there is a strong swell in the sea, then the Shivling of this temple is completely submerged due to which it is not visible. If you want to see this miracle of nature, then you have to give this temple all day, which you can see the temple sinking in the sea but coming back in the same state.

So, if you ever go to Gujarat, do not forget to visit this amazing temple.

How To Reach Kavi Kamboi

By Train: Vadodara Train Station is the closest train station to Kavi Kamboi.

However, it is better to spend the whole day sinking into the sea of ​​the temple and returning to its original condition. Many people will witness this interesting show. Therefore, Stambheshwar Mahadev Temple is one of the strange Shiva temples in Gujarat. Visit this interesting place.