Our beloved India is one of the oldest countries in the world with a religious and social culture, whose history is thousands of years old, Very big kings were born and very knowledgeable was also born in India.

Different societies and different people live in our country, but all these societies use only one thing more on their religious and social festivals, that gold, is the most gold and silver jewelry burnt inside our country. Is not done in any country in the world

It is not a matter of 100,200 years here, but India has been using gold and silver for many centuries, but the women of India who wear ornaments nowadays are very rare in front of them when it was the time of King Maharajas in their time. The wives wore too many ornaments which were only gold and silver ornaments.

Most of the gold was found inside India but over time a large part of gold and silver was lost because India was looted many times by external invaders and you also know that for gold and silver in India such Many attacks occurred.

Due to which the culture and civilization of India were also damaged and finally the British did not have any problem in looting India but still there is so much gold under the land of India, in whose name neither can you imagine because today There are many such treasures buried inside India, which is very difficult to guess.

So, friends, I will talk to you in this article about the 6 lost secret treasures of India which have not yet been found by anyone, people have tried to find it, but so far no one has got that treasure and probably No one will know about these mines nor have you ever heard of these things 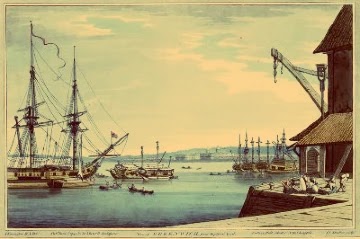 The Grosvenor ship was the largest and richest ship in British East India as it had 14000 gold styles inside it, 19 crates filled with gold jewelry, and 2600000 gold coins. The ship sailed from Chennai to England in the year 1782 via Sri Lanka.

But South Africa sank in the sea not far from the city of Cape, which has not yet been discovered, that is, the ship is still under the sea and the treasure in it was 75000 Euros, but two hundred and fifty years from today. if we talk about today’s price, it will be in the trillions of rupees.

And since this ship sank, a very big effort to find this treasure went out somewhere but to date, it has no idea in which part of the sea it is lying. 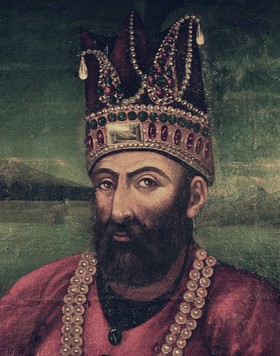 Nadir Shah is known as an invader in Indian history. You would know a lot about Nadir shah about his war. His reign was in the year 1736 when Nadir Shah was the king of Iran, Then he turned his attention to India and attacked India in 1739.

He attacked Delhi with his 50,000 soldiers and killed a lot of people in Delhi with this attack. He caused a lot of destruction and loot. His aim of war in Delhi was to loot Delhi and rule it and he took heart Robbed but he could not rule this

It is said that Nadir shah looted so much wealth and treasures from India that when his convoy was going back from India, that convoy was 150 mill lengths, that is, about 240 kilometers long convoy in which he not only looted diamonds and gold and silver but also Many famous treasures of India were also looted, which is still a subject of debate and it was Nadirsha who looted the Kohinoor Diamond too.

But when Nadir Shah was returning after plundering Delhi, he was killed by his soldiers in his tent and after Nadir shah died, the treasure went to Ahmed Shah Durrani.

But some time after that Ahmad Shah Durrani died due to some ill, but Durrani had hidden the treasure somewhere before dying. The treasure inside which was a lot of precious items, gold, silver jewelry, and diamonds though leave Kohinoor and some Diamonds. So far it is not known that where is the treasure that Nadir shah looted today 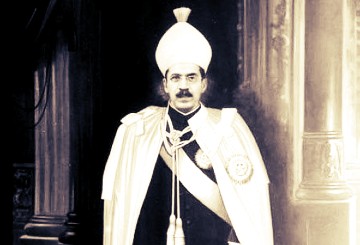 During his rule, Mir Osman Ali Khan lived in the King Kothi Palace in Hyderabad. He made it to live longer and kept all his possessions in the underground room under him.

When Hyderabad became a part of India, the Government of India acquired some of his treasure but no one knows about where most of his treasure is today and according to an estimate, Mir Osman Ali Khan’s treasure was so big and huge that Today it is worth about $ 33 billion 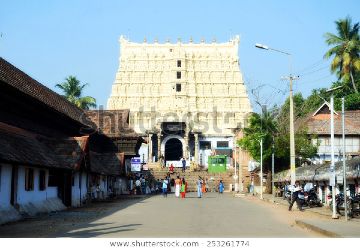 Padmanabhaswamy Temple is located in Thiruvananthapuram, Kerala. This temple is the richest Hindu temple in the world. The world was surprised to know the treasures of Kerala’s Padmanabhaswamy Temple when the underground room of this temple was opened on the orders of the Supreme Court, inside which there was 6 vault. Five vaults were opened, and after seeing what came out of this vault, the government employee’s eyes were wide open.

There was so much treasure in front of them that no one could think of gold, silver, ornaments, crowns, statues, pottery, and diamonds, but there was something special that all had snake marks, found in the basement. The international value of this treasure was estimated at $ 22 billion.

But its sixth vault has not been opened yet because no one knows what its secret is. Some people say that opening it can cause destruction in the world, some people say that this vault is protected by a snake and some People say that it would be a bad omen to open it, and do give your opinion about it in the comment below 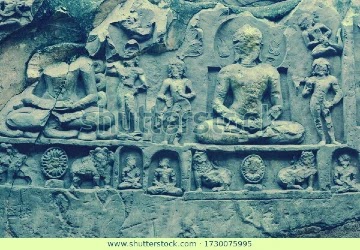 There are two caves in a big rock of Rajgir of Bihar, it is believed that the treasure of Emperor Bimbisara is hidden, it is said that the British tried hard to get this treasure, but they have failed to fly the cave with cannon. They had tried but they have not been successful in that either

There is a room in the Sone Bhandar Cave and people believe it was built for the soldiers guarding this treasure. Also, it is also told that the cave has a conch script in which the secrets of the treasure were written. Which nobody has understood to date

Related. 5 Unresolved Secrets of the Sea: You will be stunned by knowing.

You have heard a lot about the Krishna river in which the main Golconda is a tehsil of Hyderabad. There is also a very big fort in Golconda which was known as the Golconda fort from 1518 to 1687 used to be the capital of the Qutub Shahi dynasty.

This place was famous worldwide for diamond mines, but the world’s largest famous diamond Kohinoor and Hub diamond were also extracted from here. The last excavation in Golconda’s diamond mines was done in the 14th century Till then India was the only diamond-producing country in the world

At that time, most of the diamonds used to originate from here, but where this diamond mine was, it has not been able to guess correctly because even today a huge stock of diamonds is read somewhere in the river bed. Who has not found anyone yet? So these were some of the mysterious and secret treasures of India which have not been touched by anyone.

So friends this, 6 lost secret treasures of India that have not been found yet, if you liked this article, please share it and subscribe to fellow blog Thank you