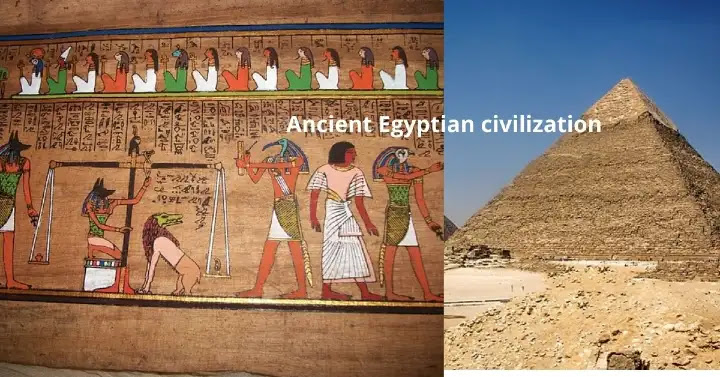 We all know that Egyptian civilization is mainly famous for its mummy, Pharaoh king, and pyramid architecture. When we think of Egypt, the image of a huge pyramid floats before our eyes.

The pyramid is also known as “Tlachihualtepetl”. And most pyramids are in a country called Sudan. Sudan has almost twice as many pyramids as Egypt. The largest pyramid in Egypt is the “Pyramid of Khufu”. Today we are going to present some information about the ancient Egyptian civilization which is probably unknown to many of you.

Ancient Egyptians used to think a lot about lifestyle. They believed that death is not the last part of human life but only a phase of life, after which another new chapter of life begins. And that’s why when someone dies in Egypt, their mummies are left with their daily necessities in the pyramids.

But not all were made mummies in Egypt. Only Egyptian kings, members of the royal family, and wealthy people were made mummies. The Egyptians believed that rebirth was possible, but it required a special state of the body.

That is why they made mummies instead of burying or burning the dead. To create mummies, all the nerves and other organs inside the body were first removed and her brain removed through the nose. But the heart of the dead was never taken out because they felt that the heart symbolized the soul.

Parts of the body were placed in separate containers along with the mummy. Along with the king’s mummies, servants were also brutally buried. They are first knocked unconscious on the head, then left in a coffin with a mummy.

The Pharaoh kings of Egypt were obese. Although ancient Egyptian paintings depict Pharaoh kings as slim and well-shaped bodies; However, experiments with mummies have shown that Pharaohs had very wide waists, and foods such as alcohol, beer, sugary foods, bread, etc. were found in their stomachs. Other tests have shown that they are obese. 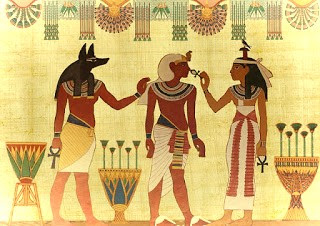 More than 2,000 goddesses, deities were worshiped in ancient Egypt. They believed that each of the gods belonged to some of the other parts of human life. Such as – God of justice, God of love, God of health, God of magic, etc.

In Egypt, the god of death was called Anubis. The deity named “Amun” was known as the deity of his deities. He believed in demons and ghosts a lot. According to their views, demons and demons are stronger than humans but they are less powerful than gods.

This is why the Egyptians trusted the gods so much. Mythological religious beliefs have been in practice in Egypt for 3,000 years. Between 400 and 600 AD, most Egyptians converted to Christianity. Because Egypt was a part of the Roman and Greek states at that time.

Later, after the conquest of Egypt by the Arabs in the mid-tenth century, a large number of people there converted to Islam. Many old Coptic languages ​​in Egypt were gradually replaced by Arabic. The official language of Egypt is Arabic now.

Coptic is an extinct language. The religion of the ancient Egyptians is very striking. If you want to describe them, you have to write a big essay. The future was a distinct association with the religious beliefs of the Egyptians.

The Egyptians were well-versed in science and mathematics. They made various medicines and cosmetics, they had their own calendars, they had their own musical instruments and they knew how to make many huge ships, patterns of which were still to be found. He discovered some things that we still use. Such as – toothpaste, pens, black ink, scathe, irrigation system, various surgical instruments, wigs, lock-keys, etc.

Doctors of Egyptian civilization treated only one organ. The historian “Herodotus” states that a physician in ancient Egypt used to treat only one disease and that he had a different physician for each disease.

Women were free in ancient Egypt. At the time, women were considered negligible compared to men worldwide. But Egyptian women were given equal rights as men. Egyptian women could buy land, become judges, and write their will, which was unimaginable for women at the time.

If Egyptian women work outside the home, they will be paid the same as men. She had the right to divorce her husband and marry someone else of her own free will. Even in the history of Egypt, there were many women rulers who managed the vast kingdoms of ancient Egypt well.

Women in ancient Egypt were independent. At that time, all over the world, women were considered insignificant compared to men. But Egyptian women were given equal rights with men. Egyptian women could buy land, become judges and write their own wills, which was unthinkable for women at the time.

If women worked outside the home, they would be paid the same as men. They had the right to divorce their husbands and to marry someone else of their own free will. Even in the history of Egypt, there were several women rulers who managed the vast kingdoms of ancient Egypt well.

The ancient Egyptians did not like hair at all. They thought that having hair on their body was harmful to their health so they cleaned all the hair from the body. The hair on the Egyptian heads in ancient paintings is not real hair, it is wigs.  a closer look at the ancient paintings will make it clear. They wore it like a wig hat only because the sunlight did not fall directly on their heads.

Makeup was very popular in ancient Egypt. While in modern times only women use makeup, in ancient times Egyptian men also used makeup. There must have been antimony in his eyes, because he thought that green and black antimony are rays of the sun, protect his eyes from various insects and diseases.

Egyptians loved cats. Ancient Egyptians considered animals to be a symbol of deities. But among all animals, the cat had a special place. They considered cats to be the carriers of good fortune. 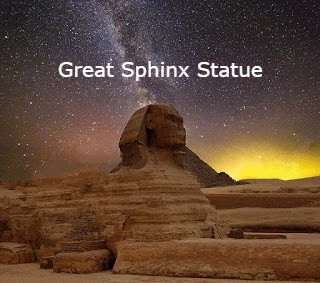 One of the oldest and largest statues in the world, the “Great Sphinx” was made in ancient Egypt. As you can see in the picture above, its head is like a human and its body is like a lion. The idol is largely made of the same limestone.

At present we see the broken nose of the statue. The cause of the theft or destruction of the nose is still a mystery. Some archaeologists believe that when Emperor Napoleon Bonaparte invaded Egypt, his soldiers destroyed the statue’s nose with artillery. But they could not present any evidence in favor of it.

Again, many archaeologists believe that there was something in the nose that was stolen by someone. But they also failed to present any evidence.

Ancient Egypt was a civilization that was far ahead of its time. The unknown of this ancient civilization, the mystery is not about to end. This article briefly discusses the Egyptian pyramids, mummies, religious beliefs, architecture, the Great Sphinx, medical science, The Great Pyramid of Cholula, Pyramid of Khufu, sports, the position of women, etc.  I will discuss every issue in detail about Egypt in future writings.