If we talk about the largest forest in the world, then there is no doubt that apart from the Amazon rainforest, another name can also come. It is so big that if it had been any country, it would have been the ninth largest country in the world. And this forest alone provides 20 percent oxygen all over the world and its border collides with about 9 countries, which including big countries like Brazil, and Colombia.

The Amazon rainforest looks as beautiful from the outside as it is scary and dangerous from the inside. There are also people living in this forest who have no connection with the outside world. 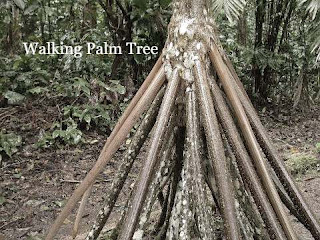 One thing we all know very well is that it is easy for Hollywood to do anything, only then do they stand in front of people with a lot of exaggerated concepts in which you have seen trees walking many times. What if we tell you that a “Walking Palm Tree” is also present in this world and it is not anywhere else but in the largest forest of the world, the Amazon Forest?

Yes, you heard exactly right, there is also a palm tree in the Amazon forest that can walk. Though it may not run as fast as the demon in Hollywood movies, yes, it keeps moving from its place with this time. The biggest reason for this is that this tree moves in the same direction where the sunlight comes.

Due to this its new roots start to form in the front and slowly the roots behind it are going to end that is why this tree keeps moving forward, but its speed is very slow 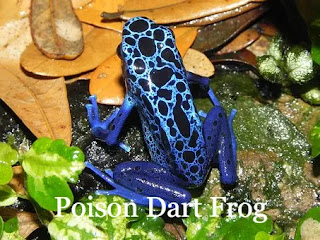 If you are asked about the most dangerous creatures in the world, then you will have many big creatures in your mind. But sometimes even four centimeters of creatures are not less dangerous. Yes, we are talking about the poisonous frogs found in the Amazon rainforest, which are as golden and lovely in color, as they are equally dangerous.

According to National Geographic, this “Dart Frog” is one of the most poisonous creatures on Earth and the poison of this small-looking frog is enough to kill 10 people. Although scientists say that these frogs have been poisonous to protect themselves from other dangerous animals in the Amazon forest, but it is still difficult to find the true source of their poison. 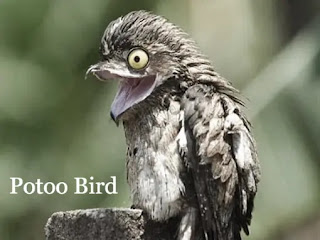 This bird named Potoo is found in the jungles of the Amazon and specializes in the art of hiding itself. He adjusts his body according to the situation and looks like a broken tree branch.

By the way, this bird is not usually seen because it mostly comes out at night and becomes a broken branch of a tree during the day, due to which it is impossible to see them.

Potoo bird keeps themselves semi-open and sits in the same posture for a long time. Scientists are also surprised to know this. 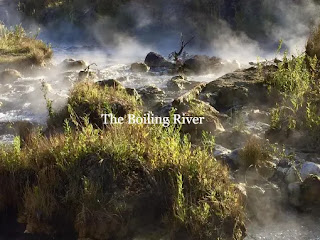 You must have heard about different types of rivers, but have you ever heard of a boiling river on the amazon? If you have not heard, listen today because this boiling river is not found anywhere else but in the Amazon jungles of South America.

According to the local residents here, the history of this river is centuries old, which is known as the river boiling with the heat of the sun and the most amazing thing about this river is that its water keeps on boiling even in the cold winter.

Touching its water in the bitter cold can burn your hand. Now you yourself understand how mysterious and unique this river is, which is found nowhere else but in the Amazon rainforest itself. 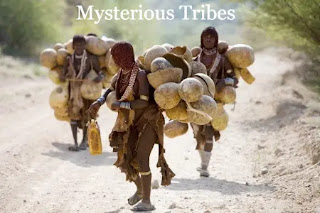 Not only mysterious creatures live in the Amazon jungle, but tribal humans also live. Although there are some of these tribes that are settled on the edge of the forest due to which they have got mixed up with the outside world, some tribes are also present in this forest that have nothing to do with the outside world and where we are 10 steps ahead in the field of technology today, they do not know anything about technology there.

Those tribals are still living an old-time life in which they kill animals and burn them in fire and make their clothes from tree leaves.

We know it is a little difficult to believe this thing because there is no doubt that such tribals still live in many forests but they know very well about the outside world and their world He also talks about it very well.

But these tribals living inside the Amazon forests never want to meet the outside world nor do they want to let outside people come into their world, the biggest proof is that all the People who try to learn about these tribals. They killed them all And many of his pictures were also taken from the helicopter, concealed.

When these ordinary people consider themselves to be a threat, they are ready at all times to attack them with arrows and this is the reason that so far nothing has been known about these tribals. 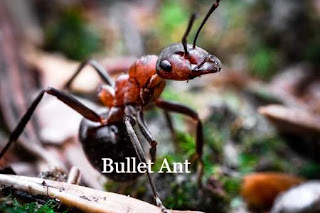 If you have a habit of crushing and throwing it after seeing an ant, then we claim that you should show this bullet ant found in the Amazon forest once because it is not at all common and walking in your house. It is so fatal that once someone is bitten, Then it hurts like a bullet and that is why this is dangerous and was named Bullet ant.

By the way, one thing has to be done when someone lives in such a huge and dangerous forest, then it will have to be dangerous. Then whether it is an ant or a giant snake.

Every living organism in the Amazon forest is a danger in itself, the biggest example of which is the slightest and found here, which, even if it bites someone once, its pain in the body continues continuously for 24 hours. 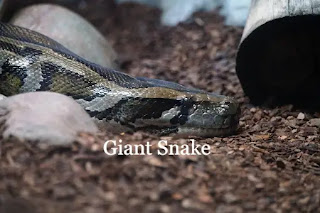 Friends, if we talk about snakes, it is not possible that dangerous snakes are not found in the Amazon jungles. Let us tell you that about 70 species of snakes are found in the jungles of the Amazon, some of which are very large, and knowing the size of some, you will start to sweat.

Yes, if you believe the local residents here, huge snakes are found in the jungles of the Amazon, and many such videos have come to us only.

Which makes us think about whether such a huge snake really exists on this earth. If we talk about the longest snake on this earth, then it is an anaconda which you must have seen in Hollywood movies too.

Although Anaconda is so large in real life, it is not known, but according to scientists, the anaconda can be up to 30 feet in size, and in 2012, the snake found as Titanoboa was 42 feet in size.

But people living around the Amazon forests believe they saw a 160-foot-long snake, whose mouth was only 6 feet long. Now, how much truth is there in this matter, we cannot tell, but one thing is sure according to which giant snakes are being found continuously in different areas of this world, it would not be completely wrong to say that. At times, large snakes may exist on the earth. 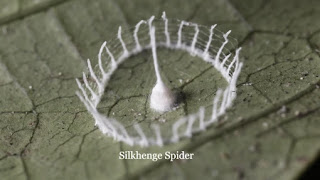 Once you see this “Silkhang Spider” found in the Amazon forest, was first discovered in 2013 by “Troy Alexander”. What really happened was that when Alexander was visiting the Peruvian national sanctuary, he saw this unique thing, after which he took a picture of it and tried to learn about it from various sources. 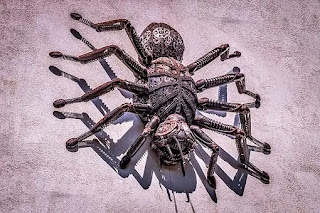 Many residents living near the Amazon forests claim that they have seen a giant dog and cat size giant spider who has bitten their children several times to death.

Now no firm evidence has been found about this yet. How big is a giant spider or not. Because according to which people there are telling that they are as big as a dog or a cat. But no such spider has been seen so far.

But we also cannot say that there can be no such a spider, the biggest reason for which is the Amazon forest itself, where such dangerous creatures were found that can hardly be found elsewhere. So it is not a big deal to have such a giant spider. So what do you think about the mysterious Amazon forest, please give your feedback in the comment box below.