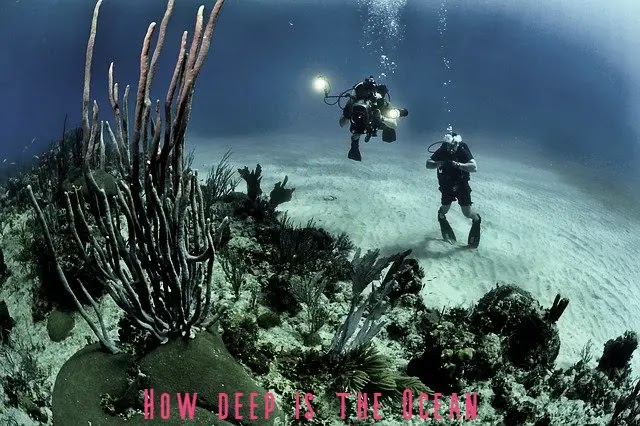 It is said that the universe is so infinite that whenever something is discovered. So every time you get something new. But apart from this, there is another such place in the world. Which is infinite. A sea is a place that has little to explore. There are many such sea secrets hidden in its trough, which have not been discovered yet. Let us try to explain “how deep the ocean”.

The sea was born from a huge pit filled with water located on the surface of the earth when the earth was born it was a fireball. As the Earth slowly started to cool down, the clouds of gas spread around it, the clouds became very heavy and they started raining continuously.

Whatever water used to rain due to the surface of the earth being warm. He would evaporate and start to rain again as a cloud in the atmosphere. This has been happening for millions of years

When the earth was completely cold, the water falling on it did not boil, but this series of rains continued, it was filled with water at the bottom of the earth.

Even today, there are many oceans on the surface of the Earth, about 71% of the Earth’s surface is covered by water. And speaking of the ocean, they have about 96.5% of the Earth’s water. That is, the sea is spread over about 36 million 17,40,000 square kilometers.

How many oceans are there in the world?

There are 5 oceans on Earth.
1. The Pacific Ocean
2. The Atlantic Ocean
3. The Indian Ocean
4. The Southern Ocean
5. The Arctic Ocean

1. The Pacific Ocean
The Pacific Ocean is the largest ocean. It alone covers more than 30% of the Earth. It is close to half of the water on Earth. Prashant in Peacerin means Peaceful, its area is 161.8 million square kilometers.

3. The Indian Ocean
The Indian Ocean is the third largest ocean in the densely populated region. It has an additional 20% water on the surface of the Earth.

4. The Southern Ocean
The Southern Ocean International Hydrographic Organization recognized it as an ocean in the year 2000. It is the fourth largest ocean spread over 20.3 million square kilometers in size. It extends up to 60 degrees south latitude

Why is seawater salty?

Salt is also found on our soil along with minerals. Which is soluble. During rainy days, the salt of the earth’s surface dissolves and goes into rivers, seas, etc. Seawater evaporates from the heat of the sun and goes into the atmosphere. But the salt remains the same.

This steam returns to Earth in the form of rain. And then takes the salt of the earth with him to the sea. Salt cannot evaporate, so this salt brought by rivers gets deposited in the sea. This process has been going on for a long time. This is why seawater is becoming increasingly salty.

Why the seawater does not rot?

You must have thought in your mind that why seawater does not rot. Whereas, thousands of animals die every day. Actually many aquatic monsters like big fish live in the sea.

Where amoeba and bacteria are also found in large numbers, whose food consists of dead animals and rotten tree plants because it cleans seawater. Also, there is another reason. Dirt does not accumulate in one place. The area of ​​the oceans is very large, the gases produced from the dirt go into the atmosphere.

How deep is the sea?

To date, no one has been able to give accurate information about the depth of the sea. The explorers tried to know it in different ways but failed. However, some similar estimates have been drawn, including high-rise buildings from Mount Everest to the Burj Khalifa.

Just as the world inhabits the Earth, in the same way, that a different world lives in the depths of the ocean, not everyone knows about it, in fact, the real reason behind it happening is that the depth of the ocean is so If the high summit Mount Everest sinks inside the sea, it will save about 2 kilometers deep from its surface.

We can also understand how deep the sea is with the help of the Blue Whale. It mostly hunts at a depth of 330 to 350 feet. When going slightly below it, the Submarine Titan of US which was 700 feet deep, goes further than this. The deepest free dive ever recorded by a human at a depth of 831 feet has been recorded.

Blue whales have the ability to go down, where the bow touches a depth of 1640 feet, but cannot move beyond 2400 feet. The modern nuclear submarine had reached the world, but if a submarine goes under it, it will be destroyed. If the Burj Khalifa sinks into the sea, it can only reach 2734 feet. 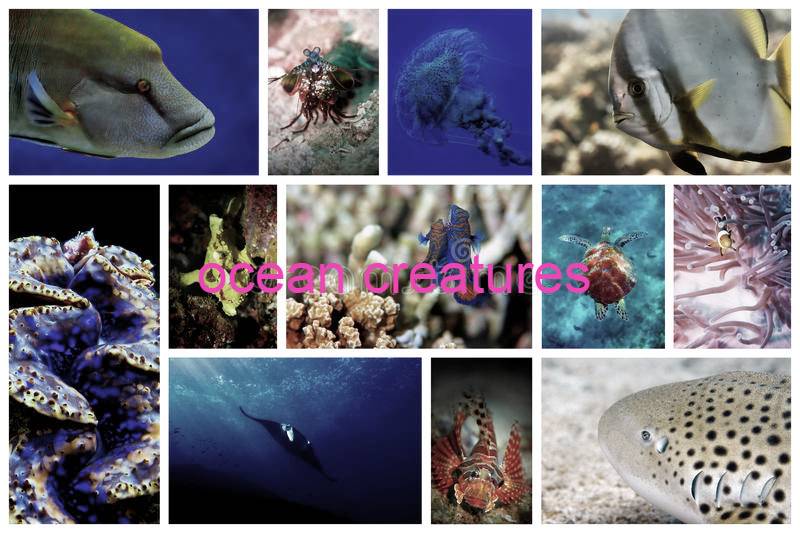 The depth of 20,000 feet is called The Hadal zone If Mount Everest is dipped in it we Only 29029 feet will be reached, which will be less. The Mariana Trench is considered to be the deepest part of the ocean. It is 11034 meters deep which is about 7 miles.

The pressure here is 26 times higher than that of a Surface, so fast that it can tear the lungs of a human comfortably, so a person is unable to go down, there is a point when there is no sunlight when going into the depths of the sea. This part of the sea is also known as The Midnight Zone, due to this, we cannot see jibs living in the depths of the sea like the angler fish, tripod fish, black silver, and vampire fish

The underwater Volcano lives around it as the Volcano surrounding it is inhabited by living creatures. So far humans have been able to reach 35,756 feet from the sea. James Cameron, Mariana trench challenger reached deep Geographic expedition Nikki scientists say that in the depths of the ocean

How is the ocean depth measured?

Even today scientists have not been able to measure its full depth, if you like the article, please share it and subscribe to fellow blog thank you guys

1 thought on “How deep is the Ocean in reality?”