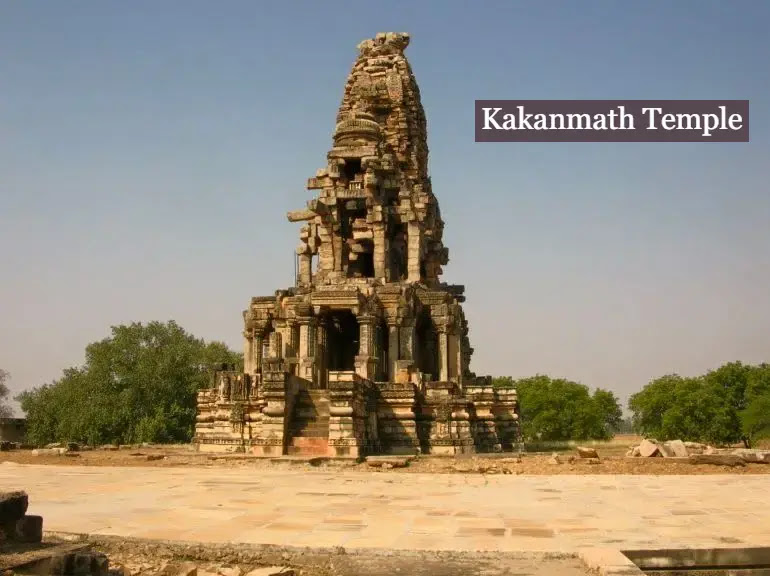 “Kakanmath Temple” is a temple that even scientists are afraid to touch. Yes, you have heard exactly right. This temple is very high and grand but this temple is built by placing stones on top of each other and that too without any lime, cement, and thickening.

You will be surprised to hear that this huge temple was built in just one night but without any human hand the strong temple around this temple is broken. But this temple continues to this day. Kakanamath Temple is located in Sihonia, Morena, about 70 km from the city of Gwalior. Which is the center of attraction of the country and abroad.

SI and the science team are also afraid to touch the secrets of India’s oldest and Kakanmath temple. Even though the Kakanmath temple Morena has not been included in the seven wonders of the world, but the specialty of this mysterious temple is that anyone who hears about it, definitely wants to see it.

Great storms came but could not shake this mysterious temple. Many small temples built around it have been destroyed but there was no impact on this temple. The amazing thing about the temple is that the stones with which this temple is built do not get these stones in the surrounding area.

You will be surprised to hear that no cement cart has been used in the construction of the Kakanmath temple in Madhya Pradesh. All the stones are stacked one on top of the other. The balance of the temple is made on the stones in such a way the storm could not move it.

Some people believe that there is some miraculous invisible power in this temple that protects this temple. A grand Shivling is established in the center of this temple. The upper part of this temple 120 feet high and the sanctum sanctorum is safe even after hundreds of years. Another feature of this is that all the temples around this temple are broken, but the Kakanmath temple is still safe today.

Archaeological Survey of India has written a brief history on a stone near the steps of the Kakanmath temple, through which you can know a little about this temple, Many times more than these secrets are hidden in the walls of this temple. 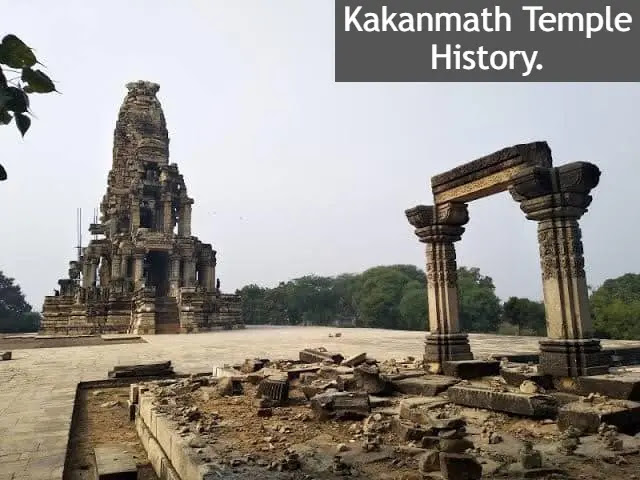 Kakanmath temple is named after Queen Kakanwati, but the inscription in the Archaeological Survey of India does not conclusively state that the temple was built by Kakanwati.

In the legends about the construction of this temple, it is told that ghosts had built this temple in one night by bringing stones in an empty field from far away.

Local people tell that someone woke up before the dawn of the temple was being built. He ran a wood mill to run a flour mill, hearing the sound of which the ghost left from here, leaving the construction of the temple incomplete.

Village people and archaeologists say that this temple was built in one night. This story cannot be relied on much but looking at its remains in the temple complex it seems that the temple was first made grand but it cannot be said concretely as it is just a conjecture.

It is said that the circumambulation of the temple was also covered with stones but Muslim rulers attacked it with cannons and tried to destroy it. Could not break this temple. Also, experts also say that many more temples have been built in the same period in the century in which this temple has been built.

The entire Kakanmath temple complex has a collection of broken stones around it. There are 2 types of stories told about it. Some people say that the stone was to be used in the construction of the temple but it could not be installed. Therefore, it remained incomplete.

While the other information is that the temple was grand earlier but due to the invasions it was broken and the broken stones lying around it have been removed and separated.

It is also said about this temple that if a stone is carried in the premises of this temple if someone picks it up, then other stones of the temple also start shaking, which causes the stone picker to get scared and retreat. is. Leaves. Once seen, the question arises in the mind that this temple should not fall, but this temple has remained in its place for years.

Note:- There is no priest in the Kakanmath temple. There are some guards from the Archaeological Department who stop in the village after nightfall. The fear and horror among the people towards this temple are probably due to these hanging stones.